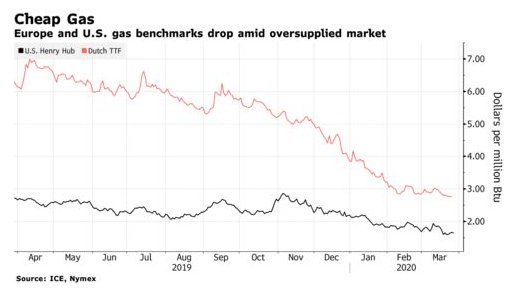 U.S. LNG producers led by Cheniere Energy Inc. have signaled that low margins on delivering cargoes to Europe and Asia may force them to slow output at least temporarily. That’s threatening to curtail exports of gas from the U.S., which has had a key role in globalizing gas prices since it made its first LNG shipments in 2016. Global LNG demand may fall by 4.7% in 2020, according to Jason Feer, head of business intelligence at Poten & Partners in Houston.